Click on a photo to learn more about the faculty member. 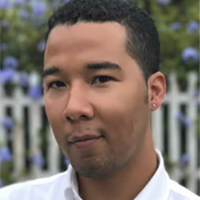 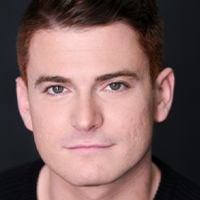 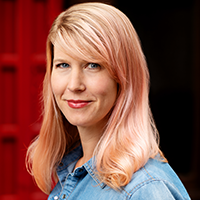 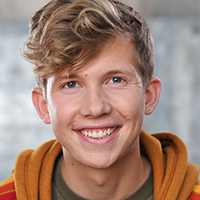 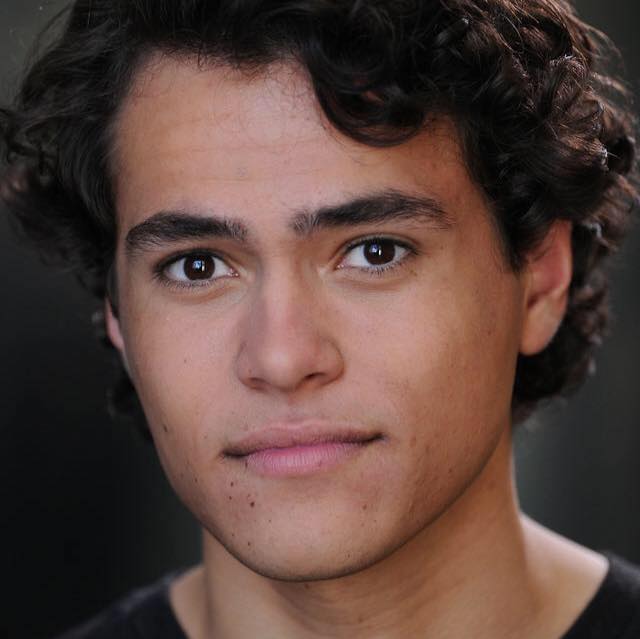 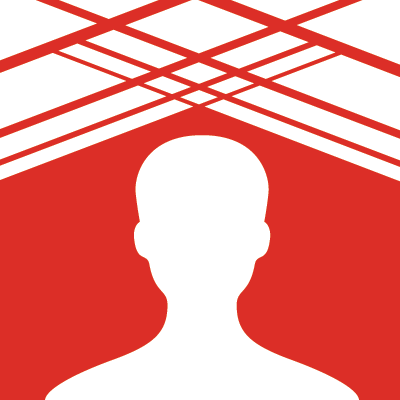 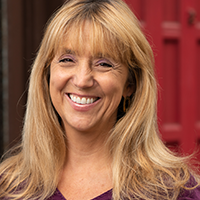 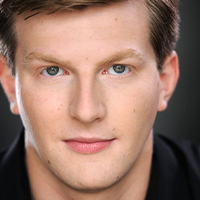 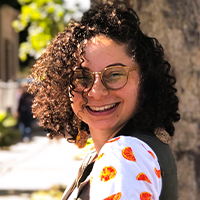 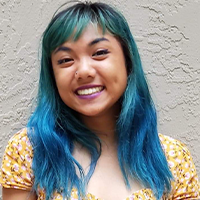 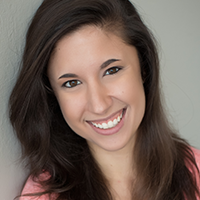 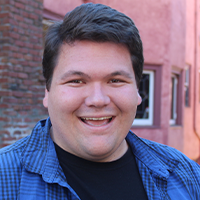 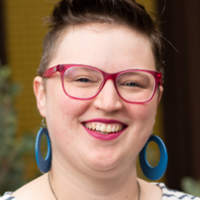 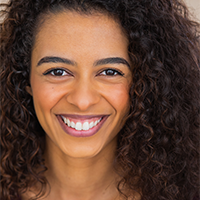 Daniel Alley has been obsessed with musical theater since playing in his high school pit orchestras and is excited to join this amazing team in helping a new generation of young artists refine their craft. He first joined Berkeley Playhouse in 2018 as music director of the Riffs Show Choir and has since worked on productions of TeenStage Chicago, Pippin, and Freaky Friday, as well as several camps and classes including the 2019 summer a capella camp. He is looking forward to music directing the 2020 mainstage production of Memphis! Recent credits are music director for The Fantasticks at the Piedmont Center for the Arts, Threepenny Opera and The 25th Annual Putnam County Spelling Bee at Oakland School for the Arts, and rehearsal pianist and choir master for La Bohème and Aroldo at West Edge Opera. He is the choir director and organist at Christ Lutheran Church in El Cerrito.

Joe Ayers is an actor, choreographer, director, and teaching artist and is so excited to join Berkeley Playhouse as a Resident Artist! He has worked on and offstage with companies such as Berkeley Playhouse, Aurora, Cal Shakes, CCMT, Bay Area Children's Theatre, and Alonzo King LINES Ballet. His goal is to make a social impact through his artistic endeavors and use the arts as tools for personal empowerment, growth, and healing through storytelling. He holds three BA degrees from UC Berkeley in Theater and Performance Studies, Dance and Performance Studies, and English.

Kimberly Dooley has worked as a director, choreographer, and teaching artist in the Bay Area for over 14 years. She received her BFA from NYU's Tisch School of the Arts in the Experimental Theatre Wing. She will be directing the Professional Season's production of The Addams Family in March 2016. Favorite directing credits at Berkeley Playhouse include the award-winning The 25th Annual Putnam County Spelling Bee and Seussical The Musical; Once On This Island, and The Wiz. Teen Stage and Imagination Players productions include: Damn Yankees, Disney’s Mulan Jr., Carnival, Grease, and Pippin.

Henry Halkyard is an educator and actor raised in Las Vegas, and is thrilled to be returning to Berkeley Playhouse for his second season this fall. His credits at Berkeley Playhouse include directing Cinderella and the Music Man, as well as assistant directing the Wizard of Oz and leading a wide variety of summer camps. At Sarah Lawrence College in New York, he worked heavily in the school’s Theatre Outreach program and studied child psychology at its Early Childhood Center. He also worked as a guest teaching artist for Palisade Prep High School and Greenburgh-Graham UFSD in Yonkers, and performed in a variety of children’s shows at the Hudson River Museum. After graduating with a concentration in Arts Education and Film Acting, he established his Bay Area footprint working at the Children’s Creativity Museum, but has now worked with young actors and students at a variety of theaters and programs across the Bay, including Town Hall Theatre Co, Each One Reach One, and StageWrite. In his spare time, he enjoys experimenting with immersive digital art, going to auditions, and building computers. He is ecstatic to jump aboard as one of Berkeley Playhouse’s Resident Teaching Artists, and looks forward to creating exciting artistic experiences for young actors for years to come.

Melissa Martinez is a graduate from the University of the Arts in Philadelphia. She has been teaching and performing with Berkeley Playhouse for the last 7 years. Melissa also co-runs the theater department at Contra Costa School of Performing Arts. Melissa also raises foster kittens in her spare time.

Elizabeth McKoy founded Berkeley Playhouse 8 years ago and in addition to being Producing Artistic Director is also a Professional Season and youth productions director. She helped start the Bay Area affiliate of New York’s Lincoln Center Institute for Arts Education in the Schools. As Education Director, she brought arts education to thousands of school children and teachers in the Bay Area. Now, in addition to producing, directing, and teaching for Berkeley Playhouse, she is currently working to develop and sustain the Playhouse’s unique vision for musical theatre and theatre education.

Adam Niemann has been a teaching artist at Berkeley Playhouse since 2015 and has performed on the Main Stage in four musicals, most recently Big. A graduate of UC Berkeley, he teaches around the Bay and has also performed with Aurora Theatre Company, Shotgun Players, and understudied at Berkeley Rep. www.AdamNiemann.com.

Alicia Piemme Nelson has a BFA in Acting from Boston University and is currently getting her ECE Certificate from UC Santa Cruz. She has performed at theatre companies all around the Bay Area. Her favorite snack is popcorn, and her favorite My Little Pony is Applejack.

Rachel Robinson is a versatile theatre artist, equally at home directing, music directing, and teaching. She has been working in the Berkeley Playhouse Conservatory since 2013 and is delighted to call it her artistic home. Her YouthStage credits include Peter Pan, Alice in Wonderland, Legally Blonde, Anything Goes, Spamalot, and this past summer’s TeenStage Intensive of Grease. Rachel also frequently works on the Berkeley Playhouse mainstage shows. This season she will direct West Side Story and will music direct Big, The Musical. In addition to her directorial work, Rachel runs a thriving music studio where she teaches voice and piano to students of all ages. Rachel began performing as a child on the stages of Washington, D.C., she received her degree in Musical Theatre and Vocal Performance from New York University, and she continues to learn every day from her students here in the Bay Area. www.rachelrobinsonmusic.com.

Weston Scott studied English and Political Economy at UC Berkeley and began teaching at the Berkeley Playhouse in 2016. He completed a Directing Internship at PCPA on the Central Coast, and has written several musicals that perform around the Bay Area. Weston last directed the Fall TeenStage production of Legally Blonde the Musical and also teaches various Conservatory classes and camps.

Sharon Shao is a Bay Area actor and teaching artist, and has taught with Berkeley Playhouse for a year now. She studied Theater Arts and Psychology at UC Santa Cruz. She is a Shakespeare nerd, and her hobbies include nature walks, trying all the local ramen shops, and spending way too much time at the Berkeley Bowl. Like the students at BP, Sharon started singing and dancing since she was 5, and feels delighted by her job of passing on her passion for theater to our young artists today.

Sarah Thompson holds a Ph.D. in Performance Studies with Designated Emphases in Classics and Classical Receptions and Feminist Theory and Research from the University of California, Davis. Her academic research focuses on the contemporary adaptation and translation of Greek tragedy. She has taught at UC Davis and Los Medanos College. She has been a Teaching Artist at the Berkeley Playhouse since 2013, where she feels lucky to work with so many creative, hilarious, and dedicated kids. She loves being involved in theatre education at all levels, from kindergarten to college!

Chanel Tilghman is excited to begin teaching with Berkeley Playhouse. An actor and educator currently performing in theatre productions all over the greater Bay Area (including four Berkeley Playhouse productions!), Chanel originally hails from the East Bay and attended Albany High School before earning a B.A. in Communication and a double minor in Theatre and Music Industry from the University of Southern California in Los Angeles. Recent credits include Kitty Bennet in the world premiere of Paul Gordon's Pride and Prejudice at TheatreWorks Silicon Valley, Sophie Sheridan in Berkeley Playhouse's Mamma Mia!, and the Acrobat in CCMT's Matilda. chaneltilghman.com