Berkeley Playhouse’s YouthStage will continue its creative online programming and add an in-person element. Star Role Showcase is returning this Winter focusing on the music of two of Broadway’s great composers: Stephen Sondheim and Alan Menken. Actors will audition for a dynamic solo by these legends. Once cast in a star role each actor will delve into the character’s inner life found in their lyrics and melodies and will work with fellow actors to create self written scenes. These solos and scenes will be recorded on the Berkeley Playhouse stage with lights and costumes provided by BP.

In addition, actors will come in small groups, wearing masks, to the Berkeley Playhouse patio once a week to learn  group dance numbers and play theatre games with YouthStage friends. BP will produce keepsake videos of all the performances to be shown at a viewing party in March. We hope you will join Berkeley Playhouse’s Resident YS Artistic Staff and your YouthStage friends and discover your Star Role.

🎶 Stephen Sondheim is one of the most important figures in 20th-century musical theatre. He has been praised for having “reinvented the American musical" with "music and lyrics of unprecedented complexity and sophistication”. Join us as we sing through his lexicon, including songs from A Funny Thing Happened on the Way to the Forum, Company, A Little Night Music, Sweeney Todd, Merrily We Roll Along, Into the Woods and more!

🎶 Alan Menken is an American composer, EGOT (Emmy, Grammy, Oscar, Tony) winner, and architect of the Disney Renaissance. We will be joyfully singing solos from his scores for The Little Mermaid, Beauty and the Beast, Aladdin, Little Shop of Horrors, Newsies, The Hunchback of Notre Dame, Hercules, Enchanted, and Tangled.

Take note of the rehearsal and showcase dates carefully. Actors may not be called to every rehearsal. One rehearsal a week will be in-person.

Please note that Section 1 is Grades 4th-6th and Section 2 is 6th-8th. 6th grade actors will be placed in sections by the Education staff (preferences will be taken into consideration). 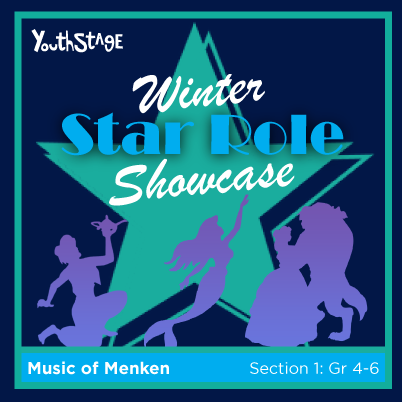 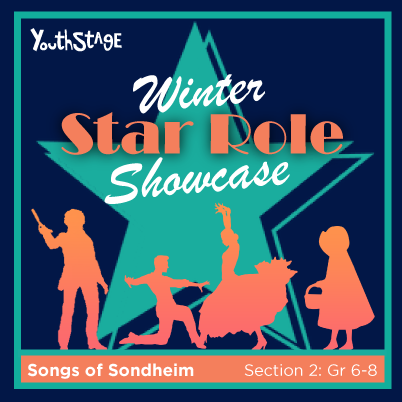 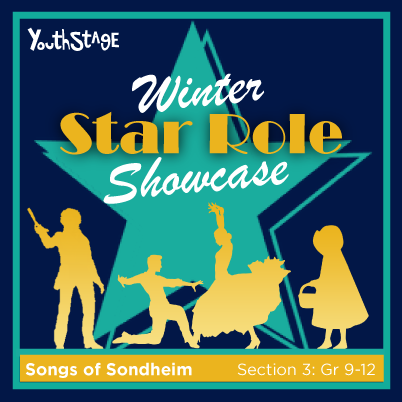 Enrollment is closed for this session.
Click here to read education terms and conditions before you enroll
EDUCATION F.A.Q.
FINANCIAL AID
ABOUT OUR PROGRAMS
YOUTH PRODUCTIONS
FACULTY